A century ago, stock and commodity price movements were believed to be the response of market players to the information regarding their financial assets. In the end, the response was reflected in the supply and demand that moves the market. Supply and demand are the main reasons why prices move up and down. For over 2 decades, investors always want to know how to anticipate prices in advance before everything happens and some of them have even though ahead to implement mathematical and geometric principles to calculate the times of rising and falling prices which were popular in the era of 1908-1955. William Delbert Gann, George Bayer, and JP Morgan are well-known figures who have succeeded in the financial market through a time analysis approach using Financial Astrology.

Astronacci sees that the history of the capital market is divided into 3 eras, namely the Legacy Era (1980-2005), the Transition Era (2005-2008), and the Next Generation Era (2008-2018). The current development of the capital market has arrived in the Next Generation era. Advances in technology, especially the internet, have played an important role in the rapid and actual dissemination of information which has given birth to the online trading dynasty which allows someone to buy assets in just seconds wherever and whenever they want. The next big change comes from a very powerful social culture where now all people can connect through social networks in real-time. 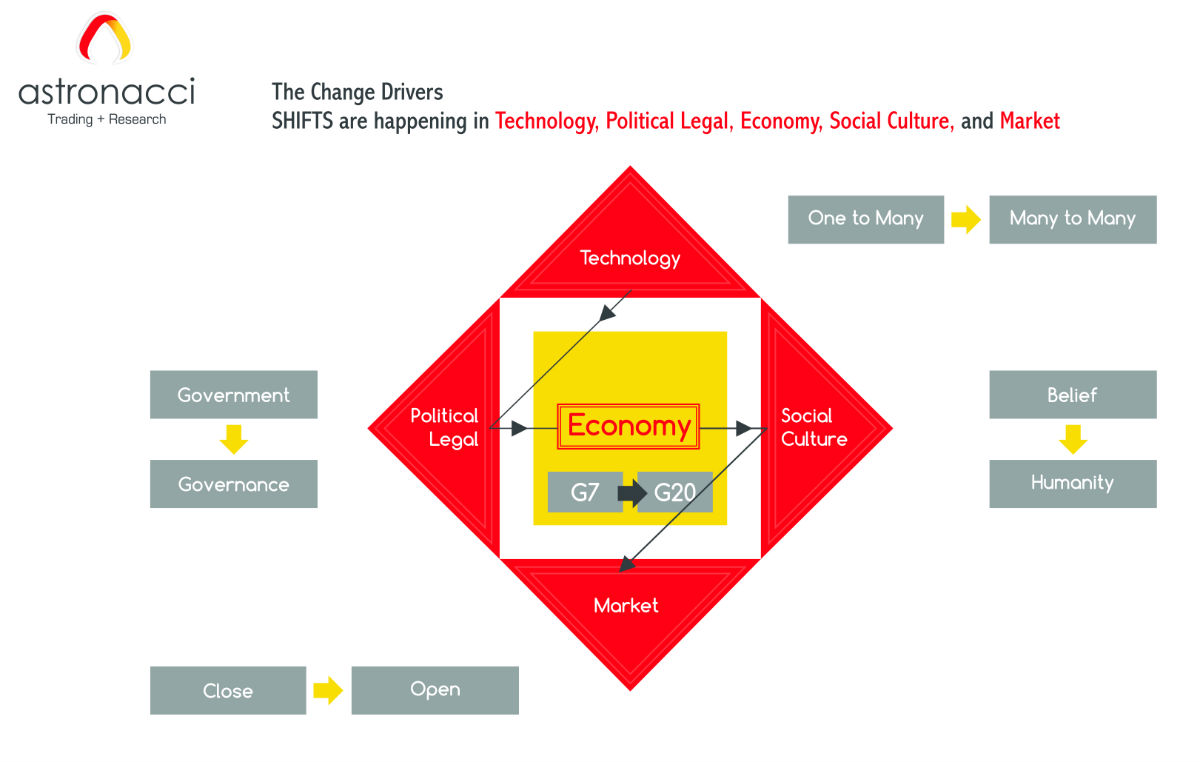 The most significant impact is the change like price movements which are more volatile and that old methods are no longer able to provide solutions to lead investors in their hopes of achieving financial success through investing in stock and commodity markets. Knowing support and resistance or using sophisticated indicators in combination with automatic trading is not enough. Likewise, the investment method that puts forward the calculation of the estimated value of the stock price, which is very good for an efficient market, is no longer able to prevent investors from sudden market falls.

In 2009, Astronacci was born as a companion to investors in welcoming the new era of the Next Generation. Astronacci is a combination of 2 ancient sciences that are over two centuries old, namely Financial Astrology and Fibonacci. Astronacci, who then positions itself as a tool for calculating time and as the Eye of Future, proves to the world that what will happen in the future is a reflection of past events and will happen again with a predetermined time. Currently, Astronacci Time Forecast has finally become an important solution to bridge the gap between Fundamental and Technical Analysis methods by combining two giant forces with future time analysis.

What was once there will be again, and what was once made will be made again; there is nothing new under the sun. Is there anything that can be said: "Look, this is new!"? But that was already there, long before we existed.